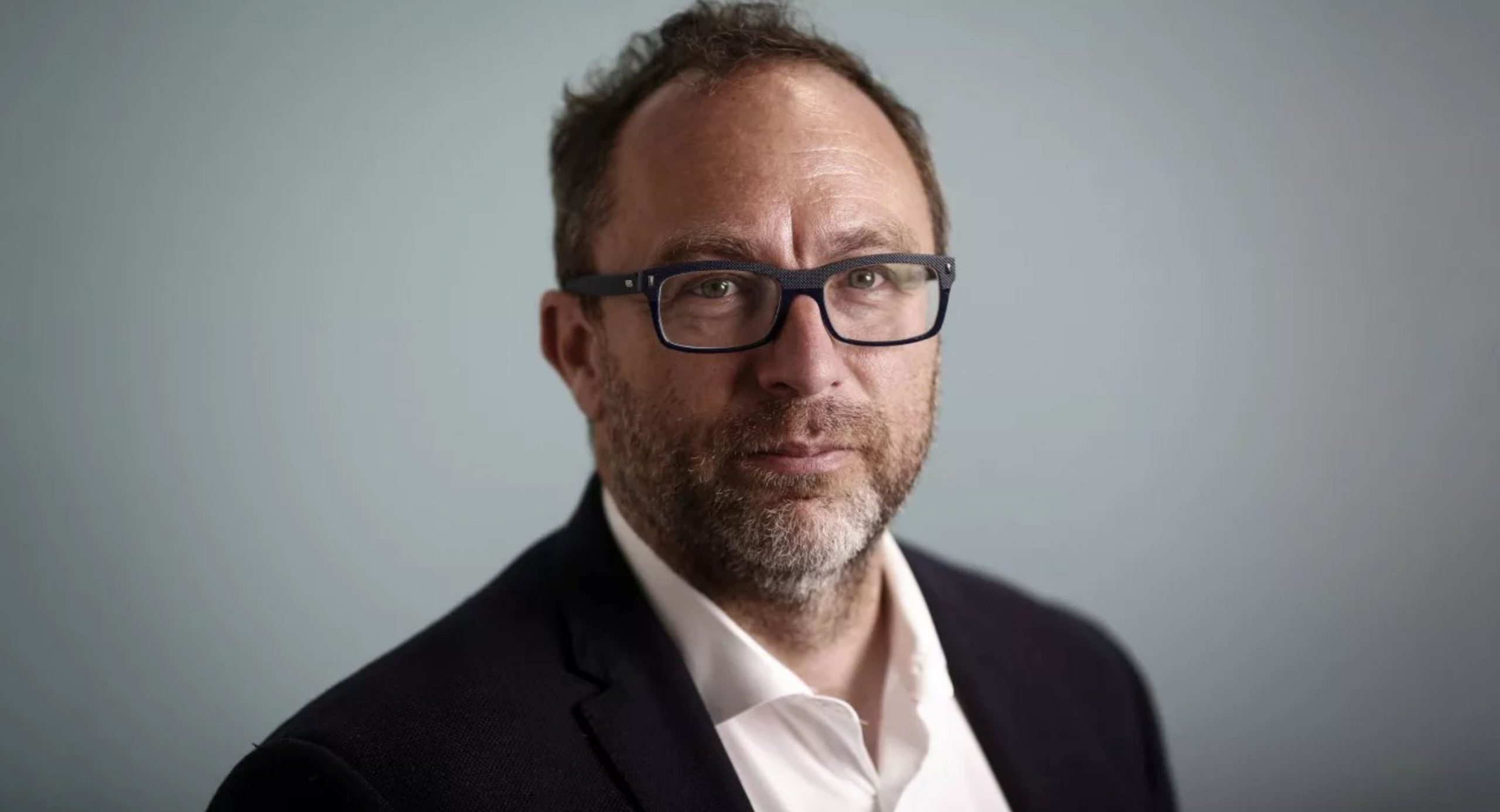 Who is Jimmy Wales?

Jimmy Wales is one of the major players on the Internet, alongside the founders of Google, and FaceBook. A small elite that is set apart from other Internet entrepreneurs. The difference is that Google and Facebook have made billions for their founders, and Jimmy Wales is still relatively poor, with a wealth of just $1 million, despite creating a website that shows 1.2 billion pages per month.

Wikipedia, the site he created, has had a profound effect on the Internet and how we access knowledge. Wales, who now lives in London with his British wife, has a very different outlook to that of his Internet rivals, which was demonstrated when he gave away ownership of Wikipedia to the Wikipedia Foundation.

When questioned if he was worried that he had never become a billionaire, Wales replied that he was not worried at all about that and that he has a good life traveling and meeting interesting people. He can see the people he wants to see, and he is satisfied with his house. Wealth does play a significant part in what drives him on a daily basis. It has made him the most successful Internet entrepreneur who has ever worked without a profit motive.

To illustrate how poor he is to his fellow elite Internet Entrepreneurs, Wales’wealth of just $1 million is just about enough to buy a house in London.

In recent months, Wales has been engaged in yet another project that is not going to generate a profit. Concerned about the way social media has developed, and in October 2019, he launched a new alternative to FaceBook. An alternative that has very different motivations and outlook. The application is called WT Social.

According to Wales, the issues with Facebook are driven by the business model. Facebook is in the business of selling advertisements that are targetted for the individual by using artificial intelligence, which monitors their activity on Facebook. By using a mixture of Facebook data and artificial intelligence, they can make “educated guesses ” about what will keep them on the platform longer, so they can view more adverts. The result is that Facebook displays more extreme articles and views to achieve this. This is, in turn, is creating a polarized society.

How WT Social is Different

WT Social has critical differences in that it does not carry or rely on advertising. A site that also promises not to sell user data. These two factors alone change the dynamics of the business in that there is no incentive to tailor posts to what is essentially “clickbait” and to have the freedom to publish more quality material. By publishing extremist posts that are tailored to the individual, Facebook is manipulating the public conversation for the benefit of advertising revenue.

In the first month, WT Social attracted 200,000 new users. The fact that Jimmy Wales has such an excellent pedigree makes him the ideal person to take on the likes of Facebook and Mark Zuckerberg and gives him the ability to maintain the high ground. Possibly he is the only person who could have launched this initiative.

Jimmy Wales is quoted as saying that first of all, WT Social must be something that he (and others) will enjoy. Because he is sick of low-quality social media. He is seeking to build something where people who are concerned with quality can feel able to meet other similar people. WT Social contains just posts; there are no adverts or distractions. Since there are no adverts, there is no pressure on the publishers to dumb down to attract a broader audience.

Wales suggests that it is not only a problem with low-quality articles, but the problem is also just as much a problem of the Facebook algorithms which prioritize low quality, extremist, material that will keep people on the site longer and clicking more. Since the real function of Facebook is simply to sell advertising, and higher engagement means displaying more adverts, Facebook will always favor lower quality, extremist material over higher quality articles. Facebook is very good at pointing individuals at the content that will keep them engaged (and clicking).

A further danger of the combination of Facebook data and artificial intelligence is that users can be shown highly targeted political messages depending on the data that Facebook holds on an individual. In the UK Brexit campaign, this resulted in different users being shown alternate material, some of which was contradictory from one source. This can and does affect the political outcome of various debates and polls.

The business model for WT Social is very similar to that of Wikipedia. No advertising-income, just voluntary donations from people who see the application as something worthwhile. This gives WT Social no reason to favor the content of one type of another and will hopefully result in quality being the criteria of how many times a posting is read, instead of some sophisticated algorithm. Jimmy Wales says that this donation method is working fine for Wikipedia and that they bring in slightly more than the costs of running the website. A non-profit organization can accept that as satisfactory, whereas for-profit corporations like Facebook are continually striving for more profit.

Wales went on to say that the business model for WT Social is all about finding quality content and give the people who produce quality content the power to distribute it. The alternative is the Facebook model, where it is cheaper to distribute poor quality clickbait. Wales wants WT Social to contain more meaningful material. With Social media, it is not possible to have everyone pay, but it is possible to say that you agree with and want particular content to be available so you CAN pay to help that happen.

Wales has been an opponent of government regulations on social media. In particular, he has opposed the European privacy laws. In Europe, it has been proposed that there should be filters on social media content uploaded by users and that every single thing that gets uploaded should be compared with a database of copyrighted works. Anything that matches should not be allowed. Wales goes on to say that the Internet should be a place where people can go and paste things, and this European law does not take into account all the ways that something can be fair use. Fortunately, this proposal was defeated.

WT Social has just three developers and one community manager, and this is where Wales has been spending most of his time working. As of January 2020, the app has 450,000 users and is growing fast.WT Social is also known as WikiTribune Social. It has a mission to combat fake news by providing evidence-based news with links and transparent sources. According to Wales, he was incredibly frustrated by Facebook and Twitter, “clickbait nonsense!”

At a time when many people would like to come off Facebook because they resent its intrusion and the sparse quality posts, it would seem that many people share the view of Jimmy Wales.

WT Social allows members to share links to news articles in what they call sub-wikis. When the site was initially launched new potential members were placed on a waiting list/. If they wanted to skip the waiting list, they had to make a donation or share a link with a friend. This resulted in rapid growth. This process is now discontinued, and users can simply sign up on demand.

I signed up to WT Social and was presented with a list of sub-wikis to choose from, and by ticking the sub-wikis that had topics that interested me, my feed was filled with posts on topics that interested me. You can also manually follow other people. The features on WT Social are also still in development. There is no one to one messaging yet, no tagging people in posts, and no spam flag, but you cannot edit a post and insert the #spam hashtag.

A welcome feature is that posts have a clear link to the original article so that readers can check the integrity of each post and seek more information.

A nice feature is the search box at the top of pages. Enter your topic in there, and it will display all the sub-wikis, articles, and users that contain that term. It is a straightforward user interface, and most people will quickly adapt to this from other social media.

Will WT Social succeed and break into the market in a meaningful way? Obviously, the likes of Facebook and Twitter will not sit back a watch this happen. There will be opposition. However, if we share the views of Jimmy Wales that it is time to shake off social media that manipulates its user’s data, and allows fake news to blossom, then there could be a significant enough movement for WT Social to take off.

Dropping your phone in water is a pretty bad feeling, but what’s important is what you do next. If your phone is actually wet right now, follow our instructions immediately and you might be able to avoid permanent damage. I dropped my iPhone to the sink last week. I found an excellent iPhone Repair company on the internet. I post my iPhone to them and 2 days later I received my mobil like a new phone. My iPhone is fully working! Thank you iPhone Repair Base.

This site uses Akismet to reduce spam. Learn how your comment data is processed.

We made WTCommunity.social news and forums website independently to help, inform and guide WT.Social users from around the world. You can ask your questions and discuss topics all about WT.Social.

We are created WTCommunity website and forums independently form WT.Social to build a community around it and help users in topics about it.

We are continually creating tutorials on how to things work on WT.Social, please check these guides carefully, we believe you will find almost all answers for your every question since we try to cover everything.

We recommend following our Youtube channel too to get notified about new videos:

Please consider giving us financial support
There are so many confused new users out there wandering through the unusual WT.Social platform pages. While we already made a lot of tutorials on how things work, we need your help to do more and cover as many upcoming features as possible.
If you support our goals please consider financially supporting our mission by a tiny donation.